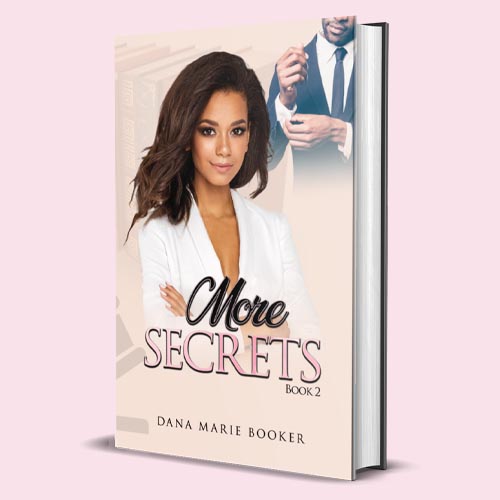 Attorneys Kareem and Marie Johnson rise to affluence from new-found wealth. Just when they settle into the estate, a shocking family secret is revealed that could force them to lose it all. At the center of the controversy and highly publicized case, is Marie’s mother, who had a secret love affair years prior. Torn between a lie and the truth, she is given an ultimatum to reveal who Marie’s father really is.

On their quest to find the truth, the power-couple go on a manhunt for the mysterious could-be father. As they struggle to maintain their dignity, the Lord family matriarch declares war on the Johnson’s and does everything in her power to defame their reputation and strip them of a billion-dollar fortune.

There are no reviews yet.

Be the first to review “More Secrets – Book 2” Cancel reply

I am happy to sit for interviews and visit your book clubs! Please address all questions, comments or encouragements to: Dana@DanaMarieBooker.com

Your reviews impact my career and keep this genre relevant.
Thank you for your support and God Bless You!