A few words about me

Author Dana Marie Booker brings intrigue, mystery, compelling characters, and controversial topics to the world of Christian fiction. She calls it writing “juicy books” without vulgar language or racy sex scenes, but her fans refer to her work as “outstanding” and some of the best they’ve ever read.

This clean-writers’ story line is juicy, yet spiritually captivating. Booker has two decades of writing to her credit. Her “Secrets Series” novels continues to receive stellar reviews from her readers. While the first installment, a murder mystery, keeps one turning pages, the sub-plots are just as intriguing, forcing readers into value judgments while cringing at the character’s life altering secrets that bring them closer to God or send them straight to hell.

Enthralled readers craved the chapters that led to the next book in the series. What started out as a single book that took six years to write led to the series which also includes, More Secrets, Secret Sins, Her Deadly Secret, Secrets Never Die and the forthcoming Secrets and Lies.

Fascinated with words and storytelling since grade school, Booker started writing by dabbling in poetry. By the time she was in college, she worked as a reporter writing human interest stories. Still, she yearned to craft creative stories. Based on a premise of having wealthy Godparents, her imagination soared and Family Secrets unfolded.

On her road to publication, the former model focused on writing an amazing story and learning the publishing business. All of this, however, was by the grace of God as years earlier she had undergone brain surgery and had to learn to read and write again. Surgeons said she would have limited physical and mental capabilities. God said different.

The author strives to promote “Christian Fiction” by offering books that entertain and enlighten and won’t leave Christians feeling guilty on Sunday morning!

The busy novelist has appeared as a guest on radio and local television shows. She enjoys meeting readers at speaking engagements. Booker has also developed Faithful & Fabulous, a proprietary framework that offers women an opportunity to honor their truth and communicate at their highest level of authenticity. It features several components, including the MIND REMIX; it can be found at WeightLossRemix.com

Today, not only is Booker an accomplished author but she’s a successful entrepreneur and owner of Your Mobile Notary. Booker holds a BS degree in business communications from University of Phoenix. She lives in Southern California with her husband, Harris and dog Coco. 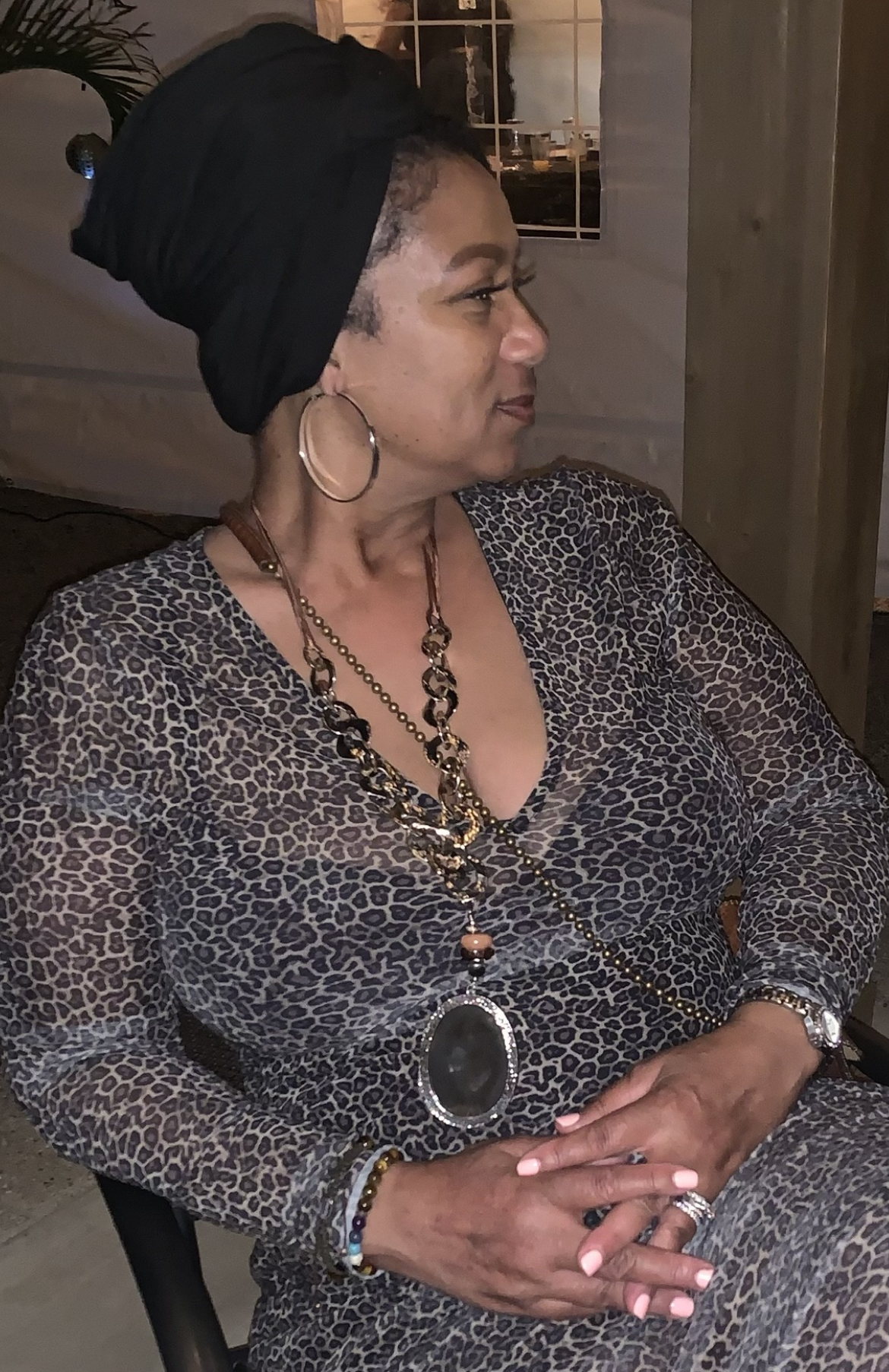 How
I Became
an Author

I began dabbling in poetry the first time I got my heart broken at 15. Writing about my pain through rhyming words seemed to make me feel better; it was a wholesome outlet that saved the offender from my scorn.
I kept writing poems to air my feelings and began to gift them to loved ones at celebrations.

In college, I took a photojournalism course and was asked to write for the campus newspaper. I apparently had a knack for capturing the essence of a story.

As my skills grew, I was hired as a reporter for a local newspaper. They gave me the human-interest section that highlighted feel-good news, but each story would spark my imagination to tell a more intriguing ending.

Years later, I was sifting through old Polaroids with my mother, and noticed a picture of a Caucasian man holding me with his wife nearby. I was about three. My mom said she met them at the hospital when I was born, they became good friends, and I became their Goddaughter. According to my mom and dad, they were a well-to-do family who made promises to my parents about what they would do for their little darling, me.

It turned out that my Godfather died a few years after the photo was taken. It was a shock to my mother who reached out to his wife, but she no longer wanted anything to do with us. When he died, so did the relationship and everything they were going to do for their little darling.

This was how I developed my main character, Marie Perry. It started with a girl who inherited a fortune from someone she barely knew. My first novel, Family Secrets was loosely based on what I learned about my Godparents.

I basically forced myself into the literary world. I say forced, because although I had a knack for writing a good story, I had no idea how to write a book. I willed my way through it, learning everything I could; it was a labor of love that took six years.

I think it was a testament to, “where there is a will, there is a way.” I wasn’t giving up after deleting my first manuscript on the new Windows 95. There were more accidental erasures, thank God we now have thumb drives. Date nights turned into late nights. Early mornings with stacks of books from the library for research and asking my husband a million questions so I didn’t have to look things up. Google hadn’t come out until 1998. It was a long road, but I wouldn’t change it for anything, I found my passion and now I am compelled to share it with you!

I am happy to sit for interviews and visit your book clubs! Please address all questions, comments or encouragements to: Dana@DanaMarieBooker.com

Your reviews impact my career and keep this genre relevant.
Thank you for your support and God Bless You!